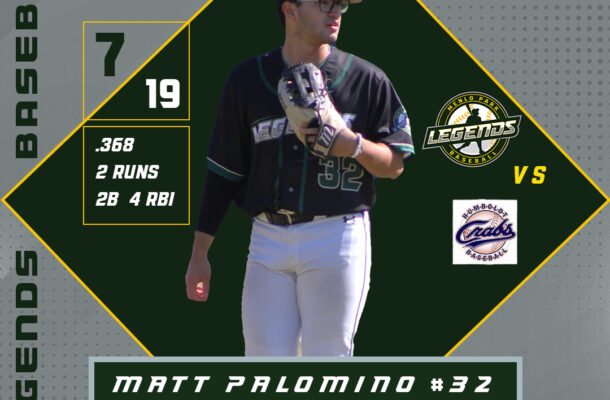 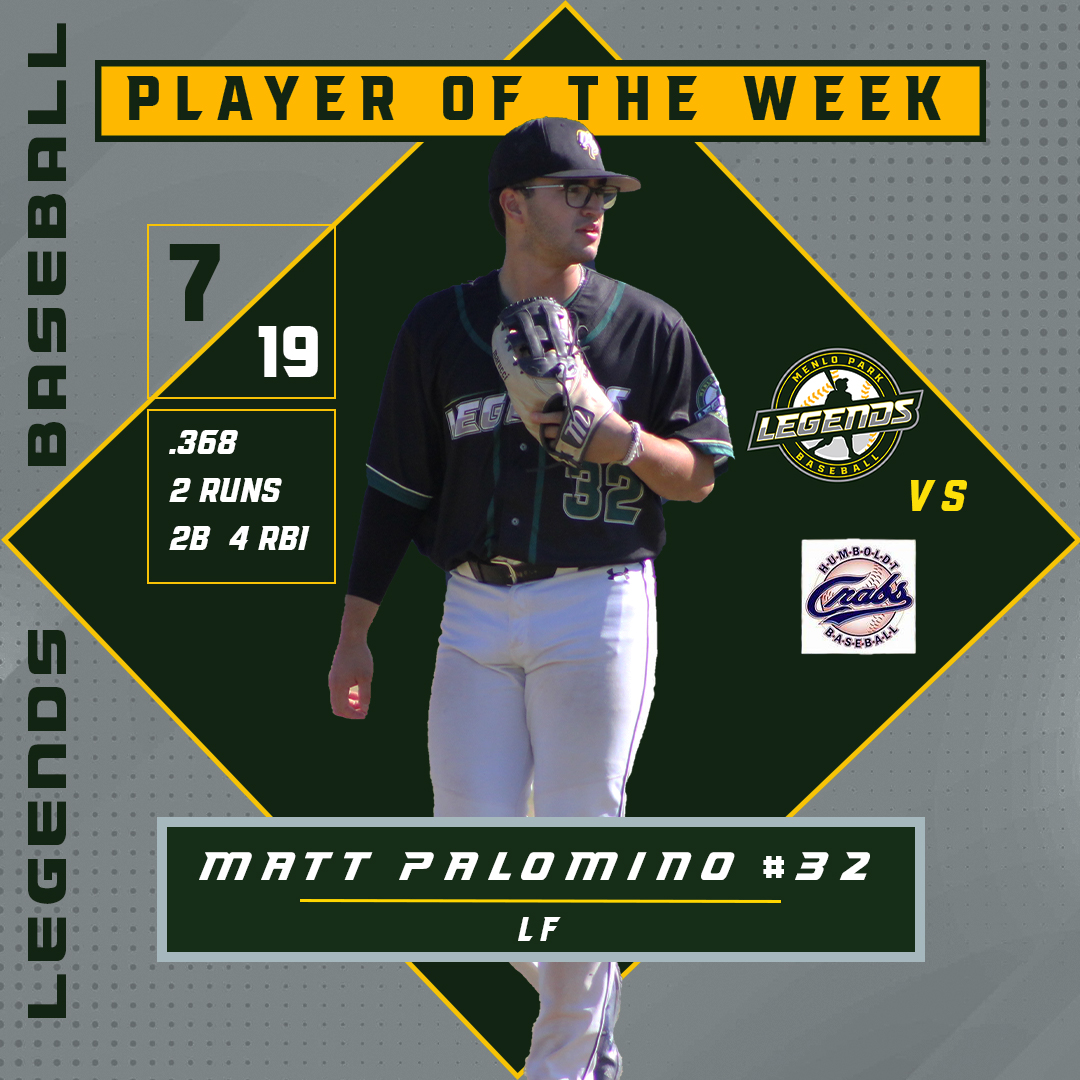 ATHERTON, CALIF. — It was a marathon stretch for the Legends, who after playing a doubleheader last Sunday, took to the diamond for five games in seven days, including three on the road in Humboldt.  The Legends offense stood out this week with a trio of players tallying at least five hits, however, it wasn’t enough to muster up a win, as the Legends fell to 9-17 and have now dropped eight in a row.  Matt Palomino was named player of the week, coming up with a team high seven hits and four RBI this week.  On the summer, Matt is hitting at .382 with a team high 15 runs driven in.

The Legends opened up their week with a two game home stand against the BACL leading West Coast Kings Grey.  Game one saw these two heavyweights duke it out in a highly entertaining contest.  The Legends found themselves in an early 4-0 hole, but cut the deficit to one in the third, courtesy of an Elie Kligman RBI double and a Ryan Farr two RBI single, one of his three hits on the day.  The Kings responded with four more runs in the fifth, but the Legends stayed competitive, hanging another three spot up in the sixth, when Elie Kligman walked with the bases loaded and Matt Palomino singled two more home to bring the score to 8-6.  Things were looking good for the Legends, however, three unearned runs came across in the ninth, and the game ended in favor of the Kings 11-6.  Will Linberg tossed 3.2 innings in relief, fanning seven.

Round two between the Legends and Kings Grey was once again close until the very end.  The Legends again played down four early, but got on the board in the fourth, when Ray Garcia and Alec Ackerman both singled, and Kodai Yaoita hit a sacrifice fly that would score Garcia.  The Kings would make it 5-1 in the seventh, but the Legends quickly earned that run back in the bottom half, when Kodai Yaoita led off the inning with a single and came around to score on an error.  The wheels, unfortunately once again fell off in the ninth for the Legends, as the Kings put up two more runs to put the game out of reach at 7-2.  Elie Kligman had himself a two hit contest, while southpaw Josh Mathieson went a solid five out of the pen, surrendering just one run and one hit while striking out four.

The Legends capped the week with a three game set on the road in Humboldt against the Crabs.  Game one was the tightest of this three game set, but went the way of the Crabs, 9-3.  The Legends built up a 3-0 lead in this one, as Ryan Farr helped Menlo Park strike first with an RBI single in the first and Alec Ackerman kicked off his multi hit contest with a two RBI single in the third.  Five unearned runs, however, would come across for the Crabs in the next two innings, giving them a lead that they would not relinquish for the remainder of the contest.  Joining Alec Ackerman with multi hit games in this one were Elie Kligman and Matt Palomino, while Connor Robinson faced the minimum in the sixth and seventh out of the pen.

Game two between the Legends and Crabs saw the Legends again build a 3-0 lead, this time on the backs of an Alec Ackerman RBI single and a Will Linberg two RBI double.  That lead was quickly erased, however, in the bottom of the first, as the Crabs struck for four, and added two more in the second.  In the fourth, the Legends would cut the deficit to one, courtesy of a Matt Palomino two RBI double, one of his two knocks in the contest.  Seven unanswered runs for the Crabs would do the Legends in from this point, as the contest ended 13-5 in favor of Humboldt.  Matthys Schouten had his best game of the week, going 2-4 with a double in this one.

The series finale against the Crabs ended the same way as game two, as Humboldt downed the Legends again by a tally of 13-5.  Down 2-0 through two, the Legends put up their first run in the third, when Kodai Yaoita doubled Elie Kligman home.  Humboldt responded with one in the third, but again, the Legends struck in the fourth, when Matthys Schouten grounded out, but picked up and RBI, scoring Ryan Farr.  Two more runs would come across for Humboldt bringing the score to 5-2 through four.  Enter Pablo Ossio.  The catcher returned from a shoulder injury this week, and promptly entered the game as a pinch hitter in the sixth and blasted his first home run of the summer, plating Matthys Schouten in the process.  Then, in the seventh, Ben Leiphart picked up his second hit of the contest, scoring Kodai Yaoita to draw the Legends even at fives.  The bottom of the seventh, however, would feature an eight spot for the Crabs, bringing the score to 13-5, where it would end.  Matt Palomino also picked a two hit ball game, while Patrick Dixon tossed two innings of scoreless relief to keep the Legends hopes alive in the middle innings. 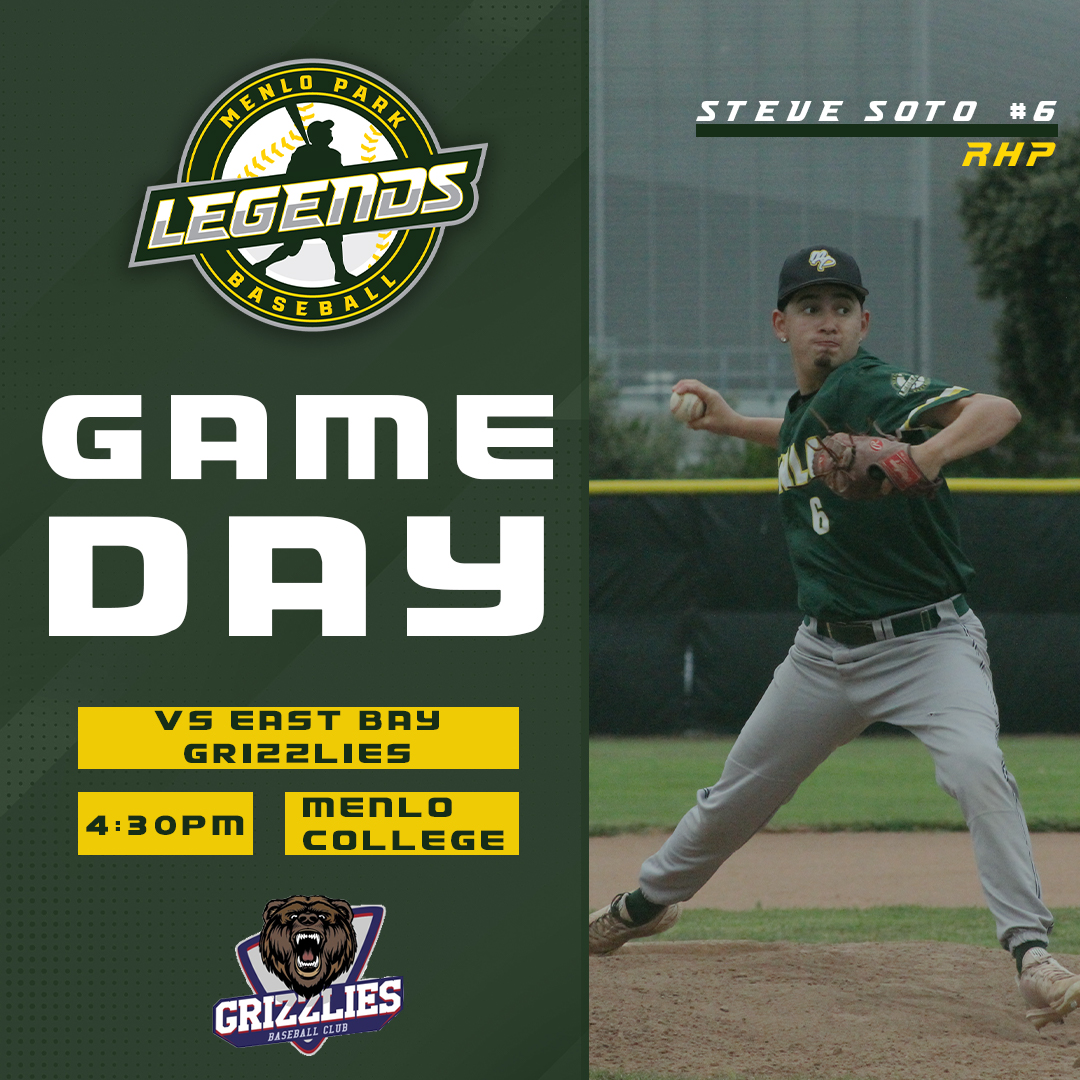