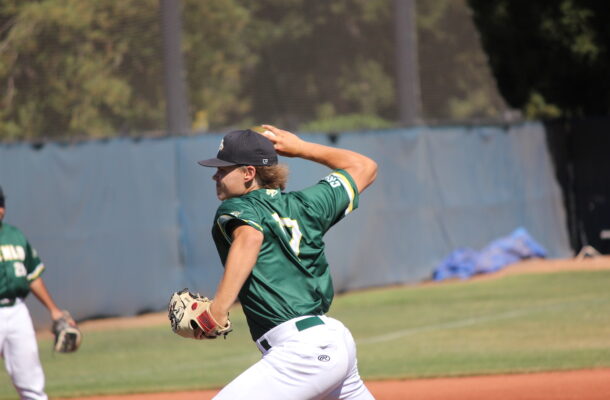 ATHERTON, CALIF. — As the BACL season reaches its final weeks, your Menlo Park Legends were able to break out of their recent funk, picking up a pair of wins this week. With this week’s successes, the Legends run their record to 11-21 for the Summer. This week’s standout performer was Will Linberg, who went 6-20 at the plate with four extra base hits and eight runs batted in. In the span of this week, Will saw his batting average jump from .192 to .257. Cooper Paulino and Tony Masetti both batted over .500 this week with Cooper tallying 10 hits in 19 ABs, scoring twice and driving in six and Tony going 6-11 with three runs scored and one driven in.

The Legends kicked off their week with a two game series against the Palo Alto Oaks. Formerly known as the East Bay Grizzlies, who the Legends downed 10-5 earlier this year, the Oaks found new life with their new name, downing the Legends 11-5 in the first game of the series. The Legends fell behind 8-0 in the first two innings, before cutting the deficit to three runs in the sixth. Elie Kligman and Will Linberg each tallied a sacrifice fly, Ben Leiphart picked up an RBI on a fielder’s choice, and Matt Palomino picked up an RBI single, and later swiped home to bring the score to 8-5. Unfortunately, the Oaks struck for three big insurance runs late to seal the deal. Palomino finished his day goin 2-3 at the plate, while Ray Garcia and Dane Anderson each made their summer pitching debuts without surrendering runs.

An angry Legends team struck back with a vengeance in game two, downing the Oaks 11-10 to secure the season series W. The Legends took a 3-1 lead in the first and never looked back. Will Linberg and Ryan Farr each tallied a pair of hits, with the former driving in two with a triple, and the latter tallying a two bagger, a three bagger, and three RBI. Cole Dixon, Jacob Odle, and Kirk Kinzler all provided scoreless relief out of the pen, after a strong four inning start by Hayden Friedland, with Dixon earning his team leading third win of the summer.

The Legends capped their week on the road with a four game set against the Yuba-Sutter Gold Sox. The series started on the right foot for the Legends, who squandered a 12 runs lead, but rallied back to win 17-16. Six Legends tallied multi hit ball games (Will Linberg, Ray Garcia, Ryan Farr, Alec Ackerman, Cooper Paulino, and Elie Kligman) headlined by Kligman’s 6-6 ball game. Kligman’s day featured two doubles, a home run, three runs scored, and three more driven in. Jacob Odle earned his first win of the summer, while Connor Robinson earned his second save.

Game two went the way of the Gold Sox by a tally of 13-3. At the top of the lineup, Cooper Paulino went 2-4 with three runs driven in while Christian Klostermann tossed a scoreless inning of relief out of the bullpen.

The Gold Sox exploded for 27 runs in game three, downing the Legends 27-2. Tony Masetti picked up his first multi hit ball game of the Summer, while Dane Anderson drove in both of the Legends runs.
The weekend finale was arguably the most entertaining contest of the week, as the Legends and Gold Sox duked it out in what ended a 5-2 contest in favor of the Gold Sox. Riley Moran had a gutsy start, surrendering just four hits, but four runs in his five innings. Will Linberg drove in both of the Legends runs on a pair of doubles, while Kirk Kinzler and Jacob Odle were both unscored upon out of the bullpen. Unfortunately, it wasn’t enough to get the Legends their third win of the week.