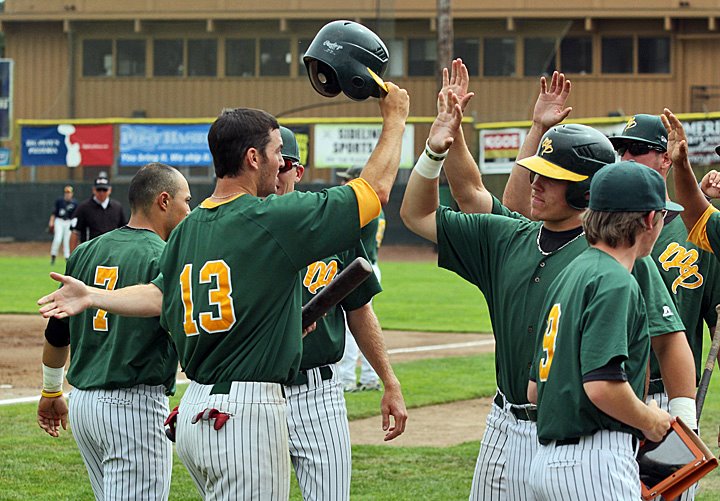 Taking 2 of 3 games at always tough Atwater started the team on an eight game season opening road trip that finished a respectable 4 and 4.  A home loss to the Nor Cal Longhorns was followed by a six game win streak.  After two frustrating home losses to the Redding Colt 45’s, the Legends won 15 of their next 19 games.  Another six game win streak capped the end of the regular season before a final game loss to the Pearl.

Manager Klein continued to seek games against the best competition in the area and the Legends responded by taking series from the San Luis Obispo Blues (2-1), North County Indians (2-0), Bakersfield Braves (3 -0) and San Francisco Seals (3-0).  The Humboldt Crabs and Redding Colt 45’s were the only teams to capture a series against the Legends.