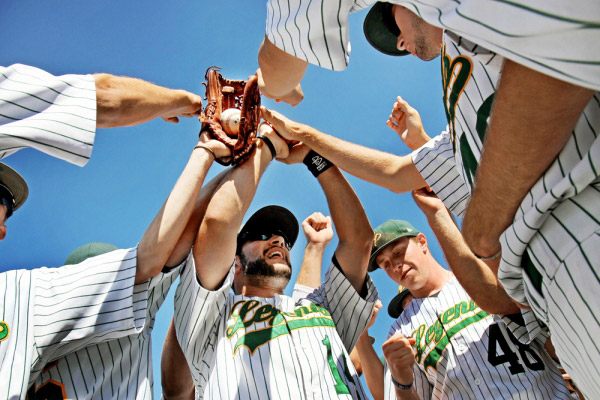 The California Collegiate League announced plans today to add four new teams to its roster for the 2014 collegiate baseball summer season, a move that will create a third division of the league and increase its prominence in the country’s most populous state. The four teams—the Menlo Park Legends, Neptune Beach Pearl, Pacific Union Capitalists and Walnut Creek Crawdads—will join the CCL as the new North Division of the league, balancing the two existing four-team divisions in the Central Coast and Southern California regions of the state.
Situated within easy commuting distance of each other in the San Francisco Bay Area, the four new teams will effectively double the geographic footprint of the CCL while intensifying the competition within the league for team and individual honors. With the league’s burgeoning national reputation of featuring top collegiate prospects the expansion will enhance the opportunities of professional scouts to conveniently evaluate even more of the top amateur players from the state’s most-populated regions.
The planned expansion, which will be formalized at the annual directors meeting next month, follows the increasing demands made on the CCL in recent years to provide more opportunities for players, more opportunities for college coaches to place their players in a quality developmental environment for the summer, and more opportunities for professional scouts to first see the players who will make up the draft classes of 2014-16. In the last five years the number of CCL alumni selected in Major League Baseball’s First-Year Player Draft each June has blossomed with more and more top-round picks selected each year. In last year’s draft five CCL players were selected in the first round alone, including Kris Bryant, the second-overall pick and the 2013 Golden Spikes Award winner who played in the CCL in 2010 by way of the University of San Diego. The new teams being added will only raise the level of play: In 2013, the four teams fielded 124 collegiate athletes with 72 (58%) attending Division-I programs. In addition, all 4 teams included multiple draftees in the 2013 MLB draft.
The preliminary schedule for the 2014 CCL season will be unveiled at the league meeting in November. It is expected to include a playoff structure of three divisional champions and a wild card team meeting in an end of the year series of games to determine a league champion. The 2014 schedule will also feature the sixth annual nationally televised CCL All-Star Game and Prospect Showcase, which will be held Wednesday July 16.