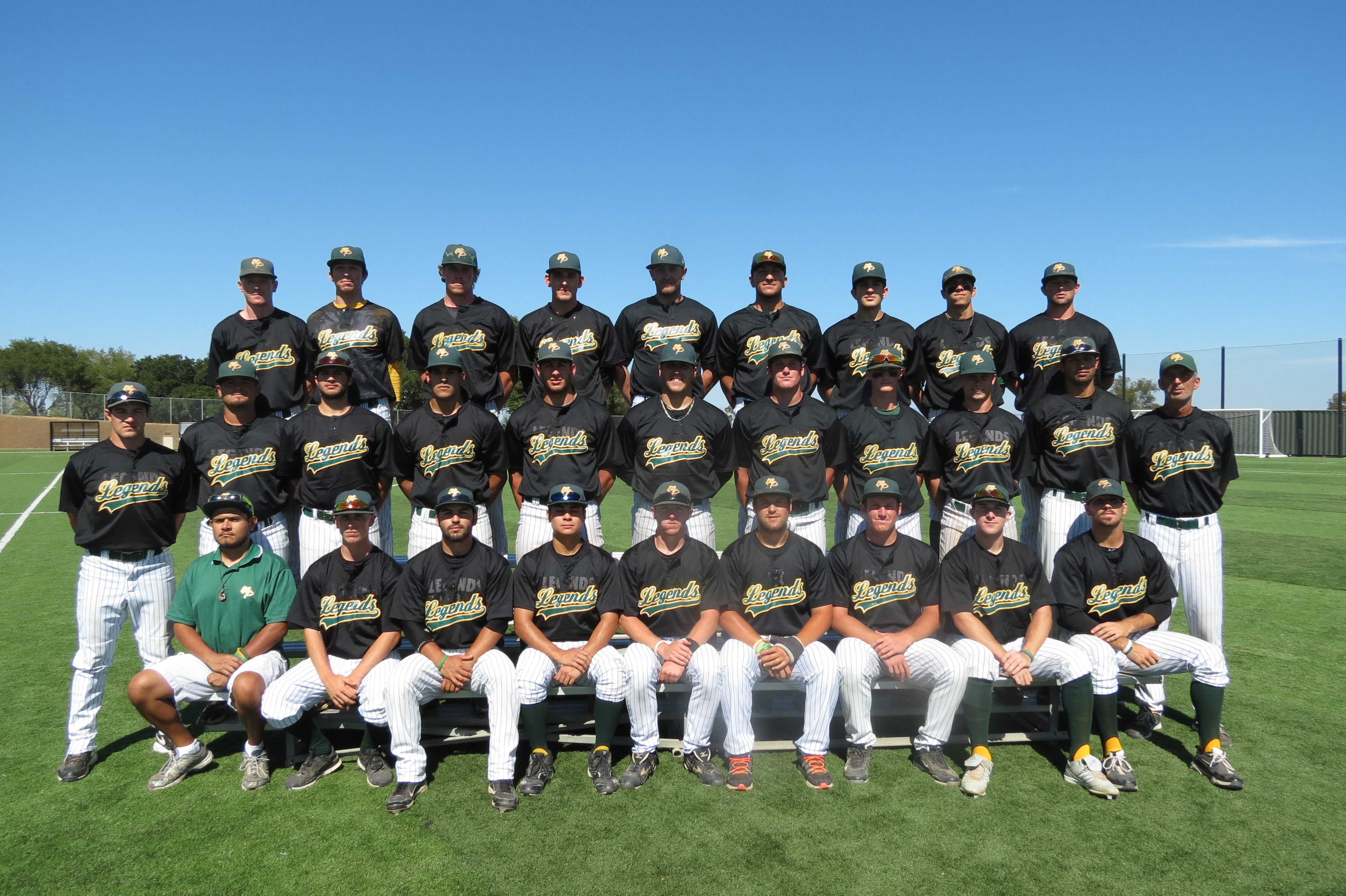 The Legends ended their 2013 season achieving their written goal of reaching the playoffs, and fought extremely hard to the very last out. The Legends looked poised to make a run for the playoff title winning their playoff opener at Arcata Ballpark on Friday night. Andrew Herrera pitched an outstanding game in a 2 to 1 upset win against the league champion Humboldt Crabs. DJ Zapata threw an excellent game against Top Speed Baseball but the Legends were left heartbroken on a walk off double in the bottom of the ninth of a 3 to 2 loss. The loss set up a rematch with the Crabs on Sunday morning, where a 5 to 2 loss ended the Legends season. This was the third away playoff elimination in four seasons. The final 24 and 23 record for the team did not reflect the hard work and effort the players put into each game throughout the summer.
2013 would be judged a success based on the development of the team as the season progressed to its conclusion. Manager David Klein had to replace many regulars who had been the recent foundation of the team. He looked to retool the team for 2013 with much younger, inexperienced players. Unlike past seasons, many of the players did not know each other before donning the Legends uniform. Hiring hitting, strength and conditioning coach Dustin Woodard, previously from Menlo College, was a terrific move. “Woody” helped in many ways beyond sharing his hitting knowledge. Pitching coach “Wild Bill” Ryan was again a great help in the bullpen.
The 2013 Legends team opened with lots of success on the road, winning eight of their first nine games, which included road trips to Redding, Marysville and Sacramento. A semi-final loss to the San Luis Obispo Blues prevented another challenge game against the Santa Barbara Foresters later in the summer. Winning four of their last seven games against the Neptune Beach Pearl and California Warriors pushed the Legends into the 2013 FWBL playoffs. Showing the heart of a champion, Mike Dodakian threw a nine inning complete game against the Pearl to start the final weekend. DJ Zapata threw seven strong innings in trying to clinch the playoff spot but lacked the run support that Herrera got during his seven inning effort 12 to 3 victory in the final game of the season. The pitching was generally fantastic as reflected by the 4.25 team season era.
Besides Herrera’s playoff effort, the 2013 game of the year was between the Legends and San Francisco Seagulls. The game started just after 2:00 pm on June 4th at Fairmont and ended 21 days later at Canada with an 11 to 10 Legends win. Down 10 to 3 in the eighth inning, the Legends rallied to tie the game, which was suspended under the fog after 12 innings. Coach Dustin Woodward made a scoreless two-inning mound appearance. Brandon Coborn stroked four hits while Danny Miller, Ian Josh and Skylar Brewer all had two hits for the Legends. DJ Zapata came in for the save in the 13th and then started, and won, the regularly scheduled game on June 25th.
Danny Miller (.344, 8 hrs, 39 rbi’s), Kyle Zirbes (.311, 22 rbi’s) and Dane Vande Guchte (.300, 14 sb’s) paced the Legends offense for the season. Geo Saba made a difference in the middle of the lineup with 19 rbi’s and Brandon Coborn was successful in the leadoff spot and middle of the order. D J Sharabi, Herrera, Zapata and Mike Dodakian lead the pitching staff in innings, wins and saves. Nick Medieros, Tyler Rios and Adam Frank all threw quality innings.
Danny Miller was named the Far West Baseball League Offensive Player of the Year. Ian Josh, who did a terrific job behind the plate with the pitching staff, was named Defensive Player of the Year.
Manager David Klein would like to thank the players, parents, interns and fans who helped make the season a success. The Legend’s campers who participated in game events really added a spark to the team with their enthusiasm. The season had lots of exciting games and the Legends promise to be fun to watch again next year. David would also like to again congratulate Grant Nelson, Tyger Pederson and Brent McMinn on the start of their professional careers. Be Legendary!